A reprint from the Asheboro Courier-Tribune, June 2, 2017

A commencement address I never gave, nor will ever give, because I’m just a lawyer in Asheboro and not nearly edgy enough in a counter-cultural sort of way. 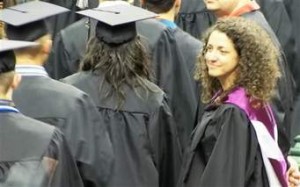 Your Chancellor Edward Myers was a classmate of mine at Northwestern. Eddie and I remained friends as we went our separate ways, he to build a career in academia. As you know, this is your chancellor’s last commencement as he looks forward to retirement.

Over a bourbon last year, he lamented the amount of rears he had to kiss and how he had burnt a Texas-sized ulcer having to bear all the PC nonsense necessary to maintain an academic career (and a healthy pension).

That’s over now, thus his invite to me after your previously invited speaker landed on the TSA “No-Fly” list.

Graduates, your families’ pride is likely tinged with some relief you’re off their hands, combined with a little apprehension that you might not be given your nearly worthless major involving Non-binary Indigenous Populations in Post-Columbian South America.

The rest of us? All we care about is whether you are fully equipped to join us in this enterprise we call society.

So here are some pointers that will help ease your transition into the real world.

Once you trot out of this coliseum (I see many of you already headed for the exits) there are no more safe spaces. None – unless you’re going to stick around academia and teach.

Life is not safe. When your boss tells you to have a project complete TOMORROW you will not feel safe. Share with him that you feel unsafe and you will be unemployed.

You will constantly be exposed to the unfamiliar, the novel, the challenging. Some of it will be good for you and some of it not. That’s where the “virtue machine” comes in. Run everything through it.

Plato boiled it down to four virtues. Relax, Plato was a pagan, so I’m not getting all bible-thumpy on you.

Prudence – the ability to govern oneself, and relations with others through the use of reason or wisdom (NOT feelings).

Justice – a halfway point between pure selfishness and pure selflessness, or as Aquinas put it, “rendering to the other his due.”

Temperance – does not mean “don’t drink.” It means moderation and balance in all one does. Ponder restraint from arrogance, anger, revenge, impulsiveness.

Courage or Fortitude – a willingness and ability to confront pain, intimidation, or uncertainty. A person acting rightly or virtuously in the face of social opposition is showing courage.

Work on these! Really! If you do, you’ll have a leg-up on all the clowns in this coliseum who are rolling their eyes.

Open your ears and listen! Engage. Remember always that you might just be wrong. There are usually two sides to every story. Run what you hear through the virtue machine. You will not feel safe at first, but you’ll get the hang of it.

Respect is not an entitlement. All people as children of God are entitled to a base level of innate dignity. I love all of you, which is why I am risking your catcalls, because I want you to be able to do the best for yourselves and future families.

But respect? You’ll need to earn it.

Finally, get over envy. Some folks will always accumulate more assets than others, sometimes dramatically. Growing income and asset disparity is a concern for one reason only. It tends to concentrate political muscle in the likes of George Soros or the Kochs. We need, and can, address that.

But disparity arguments rest in terms of relativity and base envy. I am dirt poor compared to George Soros, but I don’t feel any the worse off.

The wealthiest 400 families in the USA control $2.34 TRILLION in assets! Shocking. But dig deeper. If we shot every one of those folks and liberated those assets, passing them out equally among our population of 330 million there would be – ready? – just $7,090 per person.

Further, much of the $2.34 trillion is locked up in ownership of companies like Facebook, and Amazon, and Berkshire Hathaway. These outfits would need to be liquidated; difficult and not good for the unemployment rate.

Focus on building yourselves up and helping others up, not pulling others down.

Eddie? I told you I could clear the coliseum. Let’s get out of these hot robes and go have a beer, buddy. 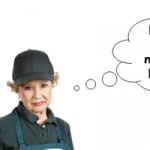 CAUTION: This column was written in 2016 and has been updated for 2018. You … END_OF_DOCUMENT_TOKEN_TO_BE_REPLACED

Mom is in an assisted living facility.  Mom and Dad both receive Social … END_OF_DOCUMENT_TOKEN_TO_BE_REPLACED