You are here: Home / Medicaid / STEP Act Might Step On You

Something is perking in Washington that could end up costing many people a lot of money that they weren’t expecting to spend. If you own assets that have appreciated in value, this could be you.

As I write this article news outlets are running stories regarding changes to capital gains that will affect “the wealthy” (see this in the Wall Street Journal or this at CNN as examples). As I will explain, this will have an impact on many of my clients who do not consider themselves at all wealthy.

First, either tell yourself you know about the tax basis rules and how they relate to capital gains taxes. If you can’t do that, take a few minutes to go back and read my article on capital gains basics. 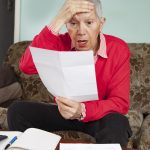 Sen. Chris Van Hollen is circulating for comment a bill that would cause immediate capital gains taxation upon gifting and at death. Rep. Bill Pascrell has introduced a very similar bill in the House. The Biden administration backs the proposals. Both bills incorporate ideas that have been tossed around for years. The Senate version is called the “Sensible Taxation and Equity Act of 2021” or “STEP Act.”

If a variation is enacted, the 100-year-old stepped-up basis rules will be history. Although both bills are being promoted to ensure “the rich pay their fair share” more than the rich will pay. Read this to find out if you could be affected.

As I discussed earlier, the US tax system has historically not taxed appreciation in property until the property has been sold. Further, taxable appreciation of property is completely wiped out upon an owner’s death.

If they gift the farm to the children, Jimmy John (“Sammich”) Flimpster and Janey Ack Flimpster-Cellar (“Janiac”), they will also receive their parents’ tax basis along with the farm. If they turned around and sold it for $220,000 they would have $170,000 capital gains.

That is what President Biden and Senators Van Hollen and Pascrell want to stop. They say it is directed to “the rich” but if enacted it will have an impact on many not-so-rich.

How the Bills Work

Capital gains would be subject to immediate tax any time property is transferred, whether by gift or at death, unless an exception applies (transfers between spouses) or a dollar exemption applies (discussed below).

Once a transfer has been made and subjected to the tax (or an exemption), the basis in the hands of the transferee is the value of the asset used for calculating the tax.

The following year Ralph dies. His will leaves everything to Edith. Spousal transfers, recall, are exempt from gain recognition.  Edith inherits the existing basis in all the assets.

After subtracting the $900,000 of the available exemption amount, the capital gains subject to taxation at Edith’s death will be $ $665,000. Sammich and Janiac will need to come up with $99,750 to cover the federal capital gains tax on $665,000. That’s the bad news. The good news is that the STEP Act would allow them to finance it with the IRS over 10 years.

How the STEP Act treats trusts depends upon what kind of trust is under review. In my practice, I use both “grantor trusts” (trusts that for income tax purposes are treated the same as the person who set it up – everything goes on the Form 1040 of the person who set up the trust) and “nongrantor trusts” (trusts treated as separate tax entities. There are advantages and disadvantages to both. Either, if properly drafted, can do a good job of protecting assets (say, from nursing home costs).

Instead of panicking Edith looks for good legal and tax advice. To protect the residence for Medicaid purposes, Edith should transfer the residence to an irrevocable trust. If the trust is carefully drafted as a “grantor trust” there will be no taxes due on the initial transfer.

The STEP Act, if enacted, will upend century-old rules regarding capital gains taxation. Contrary to political rhetoric, the Act will affect many more than “the wealthy” because people of ordinary means will pay for transfers of family property.