You are here: Home / Annuities / Straight Scoop On Annuities And VA Benefits 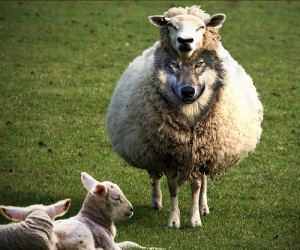 Are you a veteran interested in VA benefits . . . but worried about being taken for an “annuity ride”? Want to know the best way to use annuities if you are looking at VA benefits? Read on!

The problem:  Some unscrupulous annuity sales people use VA benefits as an opportunity to sell unsuspecting veterans totally unnecessary and inappropriate annuities. A few months ago those practices triggered close and heated Congressional inquiry that will probably lead to a new federal statute.

It does not follow, however, that all annuities are inappropriate or that anyone who may recommend an annuity is out to scam some poor and unsuspecting veteran. Read this article and you’ll understand the difference between “appropriate” and “inappropriate.”

In fact, annuities can be an extremely attractive VA benefits strategy because they can be used to reduce the amount of otherwise countable assets by converting some of those assets into an income stream.

Medicaid has specific, detailed rules that apply to annuities when determining whether they are countable or non-countable. You may wish to review the Medicaid treatment of annuities in an earlier article in this series. Under the VA rules, on the other hand, an immediate annuity that provides an income stream is not countable. Fairly simple, that . . . at least for now . . . we’ll see what new regulations look like in a year or so.

First, pound into your head a few basic rules of VA benefits.

The worst cases involve the veteran (or widow) being counseled to transfer most of his or her money to a child (at this point the veteran is qualified for benefits, but he or she won’t be told that) and THEN having the child purchase the “special” annuity. Buried in the fine print, the annuity will have huge surrender charges for many years. And, of course, the annuity sales person will collect a hefty commission.

Stuffing the money in such an annuity will subject the transferred money to a Medicaid transfer sanction and lock it up where it will be difficult to get to the money if Medicaid becomes necessary and the family tries to “undo” the annuity.

If the veteran insists on transferring money to someone else (maybe a child) perhaps the safer course is to have the child drop the funds into a trust. After the child funds the trust there may be a measure of protection for those assets. I say a “measure of protection” because if the child has creditor problems at the time the money is transferred, the funds are subject to being snapped up immediately by those creditors.

The veteran could set-up and fund the trust himself, but there is a high likelihood the trust will then be countable to the veteran for VA benefit purposes. IF an advisor suggests that the veteran set up and fund a trust, please be sure the advisor knows what he or she is doing. The strategy has to be pursued very carefully by a practitioner who thoroughly understands the legal issues involved.

Perhaps the better approach is for the veteran to use excess assets to purchase an immediate annuity (you should go back and review the first article in this series if you don’t recall what an “immediate annuity” is).

Also recall, the actual benefit payable to a veteran is the difference between his ADJUSTED income and the maximum VA benefit level available for his situation. His total income is adjusted downward by the total of his (or a spouse’s) medical expenses. For example, if a married veteran is entitled to a maximum monthly benefit of $2,019, and his and his wife’s total monthly income is $3,100, he will not be entitled to any benefits unless he has some medical expenses that will adjust his income to less than $2,019. If he is in an assisted living facility and is paying $2,600 a month and has $600 of other medical expenses, his adjusted income is ZERO (actually, he is “$100 in the hole”) and he’ll be entitled to the maximum of $2,019.

Here Is What The Pros Know

An immediate annuity does not necessarily mean an annuity that pays equal periodic payments for the life of the annuity. An annuity can be structured with a Big, Fat, Balloon at the end. A $100,000 annuity that pays $100 monthly for 60 months and then pays a lump sum of over $90,000 in 5 years will not be countable and will only add $100 to the monthly income calculation. If medical expenses are high enough, it will not affect the VA benefits (and, in fact, it may come in handy).

The annuity can also be structured to “roll it out” further as the veteran nears the sixtieth month anniversary or term date.

It can be even fancier. Such an annuity can be structured to be revocable in the event that Medicaid becomes a necessity. Obviously an annuity structured along these lines will be countable for Medicaid purposes . . . so the ability to “bail out” and restructure the annuity to be Medicaid compliant is attractive.

UPDATED April 16, 2020 If you or someone you know is on Medicaid … END_OF_DOCUMENT_TOKEN_TO_BE_REPLACED

Introducing Zoom: An Easy Remote Conference Solution The past week or two … END_OF_DOCUMENT_TOKEN_TO_BE_REPLACED