You are here: Home / Medicaid / Why I Do Medicaid Planning

It’s time I explain why I have no problem helping out all but the wealthy with Medicaid long term care planning. Bear with me, because at the end I am once again seeking your input.

I recently wrote that the Medicaid-based system of financing long term care (nursing home care) is a mess. The end of the article offered a survey of readers as to their opinions, and I was gratified to see many of you took advantage of it.

I was a bit surprised by some of the findings. Almost a quarter (23.2%) of the respondents believed using Medicaid should be reserved for the truly needy. 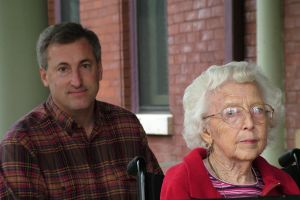 Another 27.9% believed that using Medicaid should be OK if someone had privately paid for a period; 23.2% felt it was OK if someone had under a base level of assets. I believe there was plenty of overlap between persons answering the last two, but in any event I think it is clear that 50% or so of you believe that there ought to be some restriction on who actually accesses Medicaid.

I was also very interested to see that an overwhelming majority of you believe the current system is broken in any event and that the idea I offered might have some merit. One person even believed I should run for Insurance Commissioner (thank you . . . but NO!).

Here Are My Thoughts

Until something happens, this is the system we have and, as an attorney, my job is to use the rules available to my clients’ best advantage. In some sense, it is not much different than a tax lawyer using the tax code to minimize taxes. I realize the difference . . . with tax planning you’re working to hang on to YOUR dollars, and with Medicaid planning you’re trying to access government dollars.

I appreciate that. But here are a number of specific reasons it nevertheless does not bother me.

Times Have Changed Since Medicaid Was Created

Fifty years ago, when Medicaid and Medicare were created, people were dying at greater rates from medical “events” such as heart attack, stroke, cancer, and trauma . . . and at lesser rates from chronic diseases such as Parkinson’s, Alzheimers, and the long term after-effects of medical events (because folks were already dead).

Medicine has gotten much better in fifty years. People are surviving longer . . . and are sticking around to develop the chronic diseases that lead to nursing home confinement.

At the time of Medicaid’s and Medicare’s creation, long term care benefits were tacked on to Medicaid as an after-thought because they simply weren’t that big an issue.

Twenty-three years ago my father developed a virulent form of brain cancer (the same type that claimed Ted Kennedy). He went through surgery, chemotherapy, and other extensive treatments before succumbing seven months later.

The seven-month course of treatment had to have cost hundreds of thousands of dollars. And that was 23 years ago!

Fortunately, Mom and Dad had Medicare Part A and Part B. They also had a Medicare Supplemental policy through AARP. Their out-of-pocket expense was perhaps a few hundred dollars in copayments and deductibles.

However, if my Dad had ended up with Alzheimer’s disease and in a nursing home, as opposed to brain cancer and dying under hospice care, there would have been an entirely different outcome. My mother (who is still alive, very healthy, and nearing 100) would have been devastated.

The situation remains:  Develop the “right” disease or have a catastrophic medical event and you’re likely covered; develop a chronic type disease and, well, you better do some planning . . . .

How About Better Planning?

One of my favorite expressions is “coulda, woulda, shoulda.” Early planning is always preferable. If so, then what about long term care (nursing home) insurance?

By time many folks reach my conference room, insurance is not an option due to age or health.

Why didn’t they think of that earlier? Perhaps they didn’t know any better. But just as likely other factors were in play.

The long term care insurance industry has been a mess for years. Big players have gotten completely out. Premiums have sky-rocketed and have seriously stretched budgets. Anyone wanting to do some historical research will find the chaos in the markets.

Fortunately, some creative companies and sellers are coming to the rescue with hybrid life insurance/LTC policies. Hopefully these have some promise there.

In any event, I have to deal with the factual situations I am confronted with.

Punishing Folks Who Did Everything “Right”

Take the person who lived hand-to-mouth his or her entire life. Money in; money out. When a chronic disease strikes and the nursing home looms . . . no problem! Simply go down to the Department of Social Services and apply for Medicaid. Not much to lose.

Now take the couple who worked hard for years, lived carefully, paid the bills, drove modest autos and took even more modest vacations. They aren’t multi-millionaires, but they have amassed a fortune of several hundred thousand dollars and paid off the mortgage years ago.

In short, they have “done everything right.” They are the middle class the politicians are always appealing to.

Unfortunately, if long term care looms for them . . . they have some serious problems.

And those, my friends, are the folks I don’t mind a bit helping out.

Take the survey (again, if you took the first one). This survey is very similar to the last one. To be honest, I want to see if I changed any minds.

And if you have read this far . . . thanks for your attention.

Bob is now stepping off the soap box!

What do YOU think about using medicaid as a planning tool? Take the survey (it’ll use up about 30 seconds). YOUR ANSWERS ARE CONFIDENTIAL. You’ll be able to see the results.

GO TO THE SURVEY

Want to save a bunch of money? I’ll explain how here. But I’m warning you, … END_OF_DOCUMENT_TOKEN_TO_BE_REPLACED