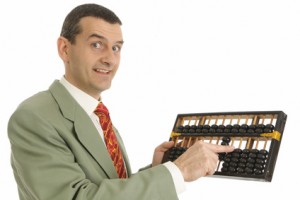 That is a fair question. As anyone who has not been in a coma the past six months knows, there has been a bit of a fiscal crisis affecting the government. Two sides of the equation are in contention:  Cut spending or raise taxes. The likely outcome will be a compromise involving some of both. How could spending cuts affect nursing home Medicaid?

Nursing home Medicaid benefits is an easy issue to “demagogue.” During the run-up to the Deficit Reduction Act back in 2005, a common rhetorical question posed by politicians was, “Should Medicaid be an estate planning tactic for rich seniors?” I will not waste space with taking apart that ludicrous statement.

The fact of the matter is that Medicaid HAS become a primary financing mechanism for the middle class (Remember them? The folks who until November 6 everyone running for any office was so worried about?). I have also written that Medicaid has morphed into a strange system and ought to be scrapped . . . in favor of something else. I even proffered a suggestion.

In order to “scrap Medicaid in favor of something else,” however, there needs to be something else. Addressing the problems simply by slashing the program and without offering “something else” will simply exacerbate the problem and leave many middle class seniors in a terrible bind.

What might Medicaid cuts look like? Over the past couple of months there have been some hints. 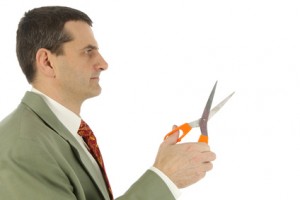 Admittedly it offered “something else” – namely clean-up long term care insurance and buy that. That is not without problems because many folks are simply not insurable and the LTC insurance market has been a mess.

The Bill then provides that it is the “sense of Congress” that the federal and state governments should work to reduce the number of “middle-income individuals” who rely on Medicaid and give states the flexibility to change eligibility rules to Medicaid for “poor Americans who need it most.”

Finally, the Bill calls upon the CBO to cost out the effects of changing the current gifting “look back” period from 5 years to 10 years.

September 14, 2012 Congressional Letter to Governors.  A month later, the same representatives sent a letter to all state governors. They told the governors that “Unfortunately, federal rules weaken Medicaid’s program integrity by forcing states to exempt more than half-a-million dollars in home equity and the entire value of a Rolls Royce when determining an individual’s eligibility for these welfare benefits.” Remember what I wrote about demagoguery above? Note to all clients and visitors: I really have a problem with clients parking their Rolls Royces on the Mason Law parking lot . . . it is soooo embarrassing! 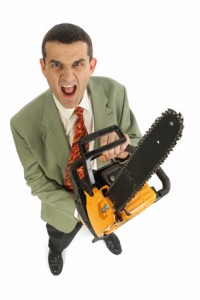 The letter then poses a series of truly insightful questions, such as: “Should the federal government give states greater flexibility to consider assets?” or “Do you consider Medicaid estate planning to be a significant problem?” Find me a governor who answered “NO” to both.  Also, see again my comments regarding demagoguery.

CMS Questionnaire.  But wait! Let’s not blame Republicans.  About the same time the Centers for Medicare and Medicaid Services (CMS) sent a very detailed questionnaire to state Medicaid directors. The document is 18 pages of questions regarding Medicaid eligibility rules and estate recovery rules, many of which have the phrase “and if not, then why not?”  The overall tone is about the same as the September 14 Congressional letter. Yep . . . I’ve posted that, too: HERE.

Incidentally, CMS as an agency of the Department of Health and Human Services is decidedly NOT a bastion of Republicanism . . . so the belt tightening cuts across party lines (political rhetoric notwithstanding).

Going Forward For You

Plan ahead! Any future changes will likely take a prospective “going forward” approach. Plan ahead! Really!

Want to save a bunch of money? I’ll explain how here. But I’m warning you, … END_OF_DOCUMENT_TOKEN_TO_BE_REPLACED