VA Pension benefit (Aid & Attendance) rules will likely borrow a few Medicaid concepts under legislation proposed by North Carolina Senator Richard Burr and Oregon Senator Ron Wyden. Thanks to the kindness of Senator Burr’s office, I have managed to grab a copy of the bill and I will outline the basics below. But first . . .

I Told You So!

I have been belly-aching for a long time about unscrupulous annuity sales people masquerading as “veterans’ benefit advisors” to sell expensive, inappropriate, and occasionally harmful annuities. And, yes, a few attorneys have used 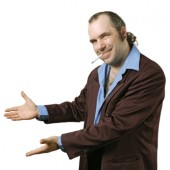 high pressure tactics to sell unnecessary trust services at inflated prices. So, I was gratified to learn that I wasn’t alone.

The Senate Ordered a Report.

About a year ago Congress asked the Government Accounting Office (GAO) to look at the entire issue of abusive sales tactics directed to aging veterans as well as the effectiveness of the VA at policing these activities. In an interesting report (VETERANS’ PENSION BENEFITS – Improvements Needed to Ensure Only Qualified Veterans and Survivors Receive Benefits, May 2012) the GAO cited numerous abusive sales tactics.

The GAO used undercover agents posing as the children of aging veterans. Some of the telephone conversations were recorded and are available.  A recording of some of the conversations can be found online at the GAO website (look under “VIDEO” on the right hand side).

The report found the VA had unclear guidance and inconsistent decisions (I have long noted that with regard to trusts). Some services actually harmed the veterans, the report noted, and some ‘advisors” charged prohibited fees. The report also cited a number of cases involving huge amounts of money (in one case over a million dollars) transferred immediately prior to applying for benefits. Question that has puzzled me: Why would anyone want to transfer $1,000,000 simply to pick up another $1,500 or $2,000 a month?

As part of the GAO Report, a letter from the VA indicated that they were working on pre-filing asset transfer regulations and anticipated having those complete in December, 2013.

The Senate Held a Hearing

On June 6, 2012, the Senate Special Committee on Aging held a hearing under the title “Pension Poachers: Preventing Fraud and Protecting America’s Veterans.”  The hearing lasted about two hours and can be viewed online. The video is interesting and some of the participants were clearly uncomfortable.  The grillees were Dan Bertoni (GAO), Lori Perkio (American Legion), Kristi Schaffer (daughter of a veteran), Emily Schwarz (Veterans Financial, Inc. . . . one of the “bad guys” – they absolutely skewered her) and David McLenachen (U.S. Department of Veterans Affairs . . . who received a senatorial scolding for laxness).

My biggest complaint:  The senators and the panelist from the American Legion and the VA equated legitimate advisors (mainly attorneys) undertaking perfectly legal planning activities with the trolls who are outrageously ripping off veterans with inappropriate and expensive annuities.

It is unfair for Congress or an executive agency to whine that people should not avail themselves of legal planning techniques which respect to which the federal agency has been fully aware (for years) and fully capable of controlling or curtailing (for years) through regulation.  Stop whining, stop the cop-out of “oh, it’s legal but it really wasn’t supposed to be that way” . . .  and do something.  In the meantime, I am remiss as an attorney if I do not explain those rules to my clients.

There is a world of difference between an attorney explaining how assets can be transferred to a child (or a trust if he would rather not transfer directly to a child) . . . and an annuity salesman saying he is a “veterans advisor” and the only way the veteran can qualify for benefits is by transferring money to a child and then having the child buy an annuity paying the salesman (sorry, advisor) a HUGE commission.

The Senate is Considering a Bill 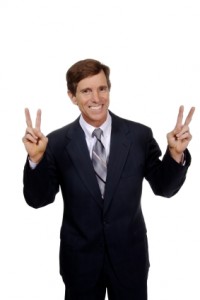 The day of the hearing, Senator Burr and Senator Wyden introduced a bill (S. 3270) to provide transfer restrictions on those applying for VA benefits. While many will moan and others will scream “unfair,” the bill simply imposes rules that are similar to (but more lenient than) Medicaid rules that have been around for years. My only surprise is that it has been so long (so very long) in coming.

If enacted, the statute would impose a period of ineligibility for VA benefits if assets are transferred to others, a trust, or certain types of annuities within 36 months of applying for benefits. The length of the period of ineligibility would be the total value of the transferred assets divided by the amount of VA benefit the applicant would have received.  The penalty would never exceed 36 months, however, and also unlike Medicaid the penalty would begin to run in the month of transfer.

Example:  Mr. and Mrs. Kilroy transfer a home worth $150,000 to their son in Year 1. In Year 3, Mr. Kilroy applies for Aid & Attendance benefits that would ordinarily pay him $2,019. Because a transfer was made within 36 months, a penalty would be calculated by dividing $150,000 by $2,019 (74.29) and rounding to 74. Because a penalty would never run more than 36 months, Mr. Kilroy would be ineligible for another 36 months. He probably should have simply waited a few more months to apply.

Example:  Mr. and Mrs. Kilroy transfer $30,000 to their son in Year 1. In Year 3 Mr. Kilroy applies for benefits as above. The penalty would be 15 months ($30,000 divided by $2,019 and rounded to the nearest whole number). Because the penalty began running immediately and Kilroy applied more than 15 months later, there would be no period of ineligibility.

Note:  You may check other VA benefit rates elsewhere on this website.

And, of course, there are hardship provisions. The VA is authorized to promulgate regulations to relieve the penalty if imposition would cause an “undue hardship.” Look for very strict regulations because it is hard to imagine when an “undue hardship” caused by a temporary suspension of one to two thousand dollars of monthly benefits would warrant a waiver of the penalty. Medicaid hardship exemptions, for example, apply in only the direst of circumstances.

When Would the Rules Take Effect?

Finally, the law would not take effect until 12 months after enactment. One of Senator Burr’s staffers thought the chances of enactment in an election year would be very slim. Perhaps . . . but I’m not so sure. Watch the video of the hearing. The condemnation and calls for action were bipartisan.

If the Senate and the House both acted, and the President signed the bill on, say, October 1, the law would not be in effect until October 1, 2013. Look for a busy, busy year of veterans transferring assets!

UPDATED April 16, 2020 If you or someone you know is on Medicaid … END_OF_DOCUMENT_TOKEN_TO_BE_REPLACED

Mom is in an assisted living facility.  Mom and Dad both receive Social … END_OF_DOCUMENT_TOKEN_TO_BE_REPLACED