You are here: Home / Nonlegal Ramblings / Lights out! 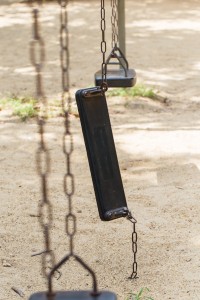 Good at spotting patterns? If so, read the following list of European leaders (controlling most of Europe’s economy and population) and see how on top of things you are. Go!

Well? Did you get it?

Children! There’s nary a one among them. All childless.

First, reasons may vary. Many people would dearly love children and haven’t been so blessed. My heart goes out to them. My wife and I once feared this, until our son made his entrance (both of us in our forties).

On the other hand, facts may suggest more than coincidence and establish a pattern. I have a few thoughts.

Do you recall first holding your child? Do you remember what you felt? Did you ever stay up late taking care of a sick child, or comfort a heart-broken child (mean friends, a lost pet)?

Upon my son’s birth, I called my best friend Bob Gibson and said, “My replacement has arrived.” Levity aside, the event gave me a strange connection to those in my line who came before (they have been traced back to the French and Indian War and in Scotland and England into the dark mists of the past, thanks to a genealogist-sister). Looking into his dark and trusting eyes I felt them looking back.

But also – I felt a real stake in the future. A future that would likely be populated with my issue. I cared about values to pass on, about his heritage, about religious principles, about ideas of right and wrong.

Many of you have felt the same. I’m not unique.

Those leaders I listed above (all talented people, to be sure) have not.

It goes deeper. 30% of German women have never had a child (make that 40% for university graduates). The “replacement rate” necessary to sustain a western population at current level is 2.1 children per woman. Germany is around 1.4, other European countries range from 1.4 to 1.8. The US is around 2.0.

Rüdiger Safranski, a German philosopher (still very much alive), speculated that for the childless “thinking in terms of the generations to come loses relevance. Therefore they behave more and more as if they were the last and see themselves as standing at the end of the chain.”

To this Baylor’s Philip Jenkins added “Without a sense of the primary importance of continuity, whether of the family or the individual, people lose the need for a religious perspective.”

According to Germany’s Defense Minister, Ursula von der Leyen (herself a mother of seven and a trained physician), unless the birth rate picks up “we’ll have to turn the lights out.”

Europe is now, in terms of Christianity, the most secular continent on earth. For those who are not Christian (either by birth or choice) the decline may be welcome – or perhaps inconsequential. But such a decline does not necessarily advance the growth of scientific humanism as much as the growth of other religions poised to fill the void.

The irony of the secular European state is that it will not encourage and nurture the attributes necessary to sustain itself, and will demographically result in its giving way to other systems and cultures that are anathema to its secularist values.

Part of the secularist mindset is not the maintenance of true political community but rather the supreme sovereignty of the individual. And in so doing, with each going her or his own way, it becomes increasingly difficult to assimilate the newcomer.

The French (and other Europeans) have failed miserably at this, creating ghettos or banlieus of “native born” French who are no more French than I am.

As Douglas Murray (a politically conservative, gay, atheist executive director of a London think tank – that’s quite a combination) wrote recently in the Times of London, “Europe has little desire to reproduce itself, fight for itself or even take its own side in an argument.”

Bob Mason is owner of Mason Law, PC, a statewide law practice based in Asheboro devoted exclusively to solving problems for elders, the disabled and their families. A Board Certified Specialist in Elder Law, he is a two-term past chair of the Elder Law Section of the North Carolina Bar Association and vice chair of the N.C. Board of Legal Specialization. Contact: Follow Mason Law, PC on Facebook at facebook.com/masonlawpc or at masonlawpc.com.

UPDATED April 16, 2020 If you or someone you know is on Medicaid … END_OF_DOCUMENT_TOKEN_TO_BE_REPLACED

Mom is in an assisted living facility.  Mom and Dad both receive Social … END_OF_DOCUMENT_TOKEN_TO_BE_REPLACED