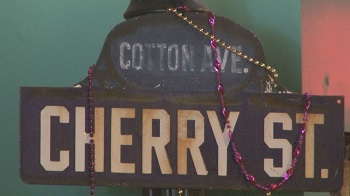 My partner and I decided to hit the dive, shoot some pool. Half work and half unwind, we were never really “off.”

A new Caddy slipped in next to us. Rangy, sandy hair hanging past his shoulders, Mr. Caddy squeezed out of his ride and flowed toward the bar.

A bored glance our way. He looked rather mellow. In fact, very mellow. Hooded green eyes, a well-trimmed beard and a noticeable soul patch.

“They’ll turn off.” He strolled into the dive. We followed.

Beers in hand, looking as cool and laid-back as possible, my partner and I gave the slightest nod and grin to each other. For a moment, I knew how a Navy pilot might feel breaking through the clouds and unexpectedly seeing the entire Japanese fleet before him.

Greg Allman swayed a bit toward the pool tables and started talking to folks he obviously knew. We’d just watch – but be COOL.

My partner (“Possum”) and I were now working. We were undercover agents with the Georgia Bureau of Investigation. Painfully young, he was just 22 and I was working on 24. But we were good – we fit in with that crowd without turning an eye.

What Greg didn’t realize, we were the leading (and junior) edge of an investigation involving both state and federal authorities aimed at J.C. Hawkins and the Dixie Mafia (mostly drugs, but a fair amount of auto theft, extortion, insurance fraud . . . you name it). Rumors in law enforcement were that Allman’s road manager and others with Capricorn Records tied into the drug piece.

In retrospect, I think we were meant simply to collect intel and send it up to Atlanta.

After an hour Allman left and so did we. I never saw him again.

I had mixed feelings. I loved the Allman Brothers Band. “Sweet Melissa.” “Jessica.” “Statesboro Blues.” “Midnight Rider.” The soundtrack of my college-years.

On the other hand, I had a job to do. I was a rare breed, being a 1970s university graduate down on drugs. Imagine!

During this time Possum and I were hanging around another basement bar with live entertainment (most of it good; Macon and Capricorn records attracted talented wannabees).

We got chummy with Gary Vesecki, a Capricorn roadie from New Jersey. Big boy. No, huge. Biker look. Nice guy, but don’t cross him. He also liked coke (the white stuff, not the bottled).

Finally, I poured out my heart to Gary. Told him my grandma who raised me had just died back in Nebraska (I was smart enough to never fake a southern accent) and I’d be gone a week.

Actually, grandma HAD died about six months earlier and my Nebraska accent was quite real. Undercover it’s best to keep your story close to reality. The reality was I had a week off and had to explain my absence.

Upon my return Possum and I were generous around the bar, with Gary in particular. After all, I had just inherited a hundred grand from Grandma. Actually, the taxpayers of Georgia caught the tab.

With bucks to burn, it was time to ask Gary if he knew where we could pick-up some good coke, maybe a key (kilogram, that’s 2.2 pounds) or two.

Gary sang and got several years. The sellers sank.

Later the next spring, the feds slammed into J.C. Hawkins. It was the first time the feds had used RICO to secure a criminal conviction.

Nine years later, I returned to Macon to study law. Both Mercer Law School and Macon have a place in my heart and memories.

About 1980, Possum (coat and tie, major investigations) pulled in to a state patrol post to gas up. A big clean-shaven inmate came out to do the fueling. After a few moments, the inmate asked, “You Possum?”

“Gary Vesicki. Wanna thank you. I’ve almost got my bachelor’s degree. I’ll be out soon. You guys saved me.”

I often wonder what Gary’s up to.

Greg Allman cleaned-up his life, still making music with a measure of peace when he died a few weeks ago. Rest in peace, Greg.

Possum and I are still buddies. After a long GBI career he married my former secretary, lives in Savannah and now looks like Jerry Garcia.

UPDATED April 16, 2020 If you or someone you know is on Medicaid … END_OF_DOCUMENT_TOKEN_TO_BE_REPLACED

Mom is in an assisted living facility.  Mom and Dad both receive Social … END_OF_DOCUMENT_TOKEN_TO_BE_REPLACED